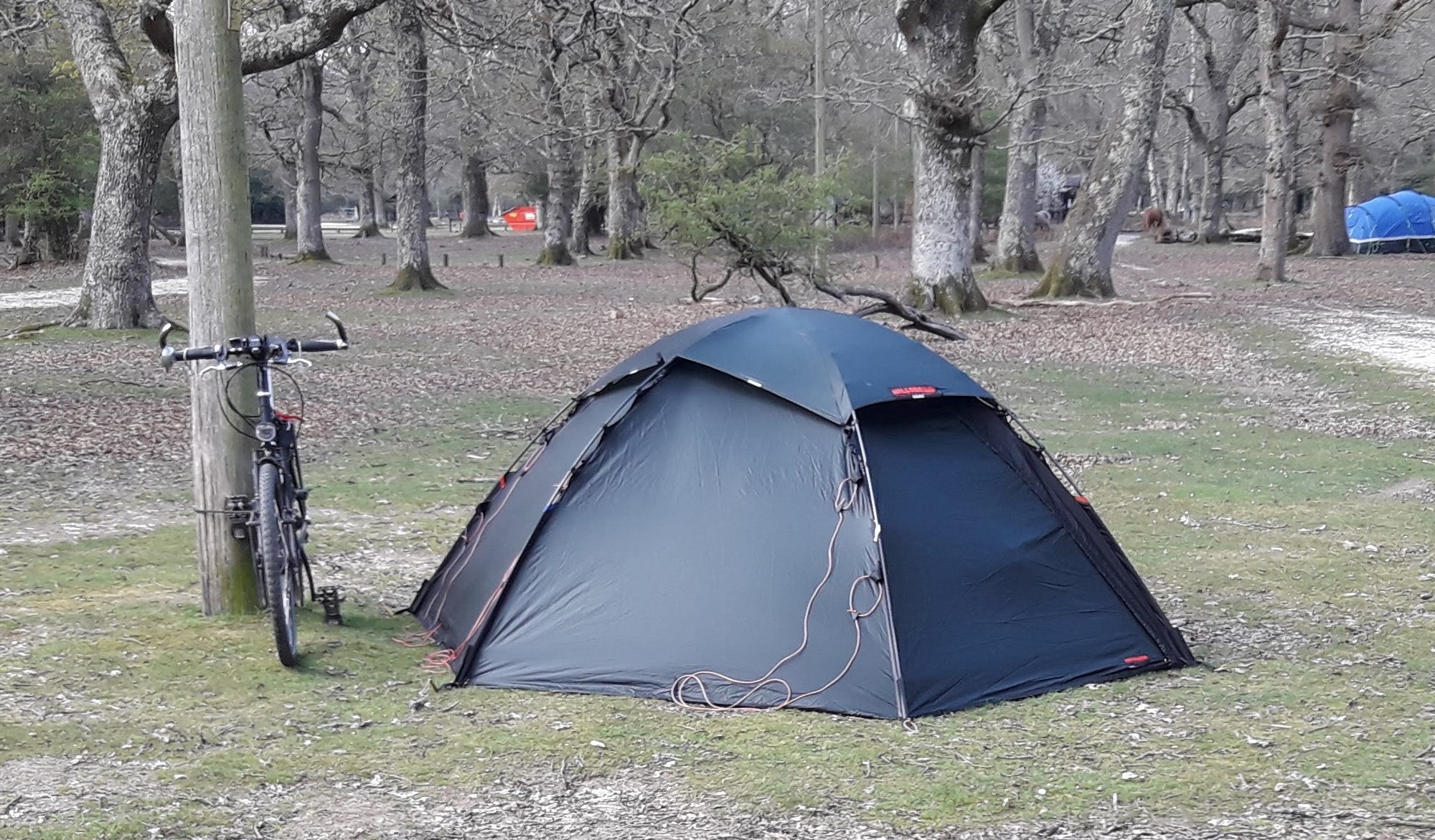 The Hilleberg Staika Garry’s latest tent. After all the problems with leaks and breakages Garry has experienced with his MSR Hubba Tour, he decided to buy another tent, yes, another one! Some people like to buy shoes or clothes, Garry likes to buy tents!

After a little research and looking at different brands of tents, Garry decided to go for the Hilleberg Staika. He already owned a Hilleberg, the Nammantj 2Gt. Which despite being a good tent, doesn’t suit Garry’s needs. It’s not free-standing, and being a tunnel tent isn’t as versatile.

Looking at the Staika on paper it ticked all the boxes for Garry, it was free-standing and had two decent sized vestibules. It was a bit heavier than his MSR at 4kg but what’s a bit of extra weight, if the tents right. There was nothing else to do, but buy one!

After several trips using the Hilleberg, Garry found it didn’t suit him quite as much as he had hoped. There’s nothing wrong with the tent at all, It’s a brilliant tent! Well made and will stand up to a lot of abuse. And if there’s a storm blowing Garry knows which tent he would like to be in! But what on paper looks good, in reality, doesn’t always work out! And the only way to see if a tent is any good is to try it out! Although granted, it’s an expensive way to find out! But as was said earlier, Garry likes to buy tents!

The search for the perfect tent goes on!