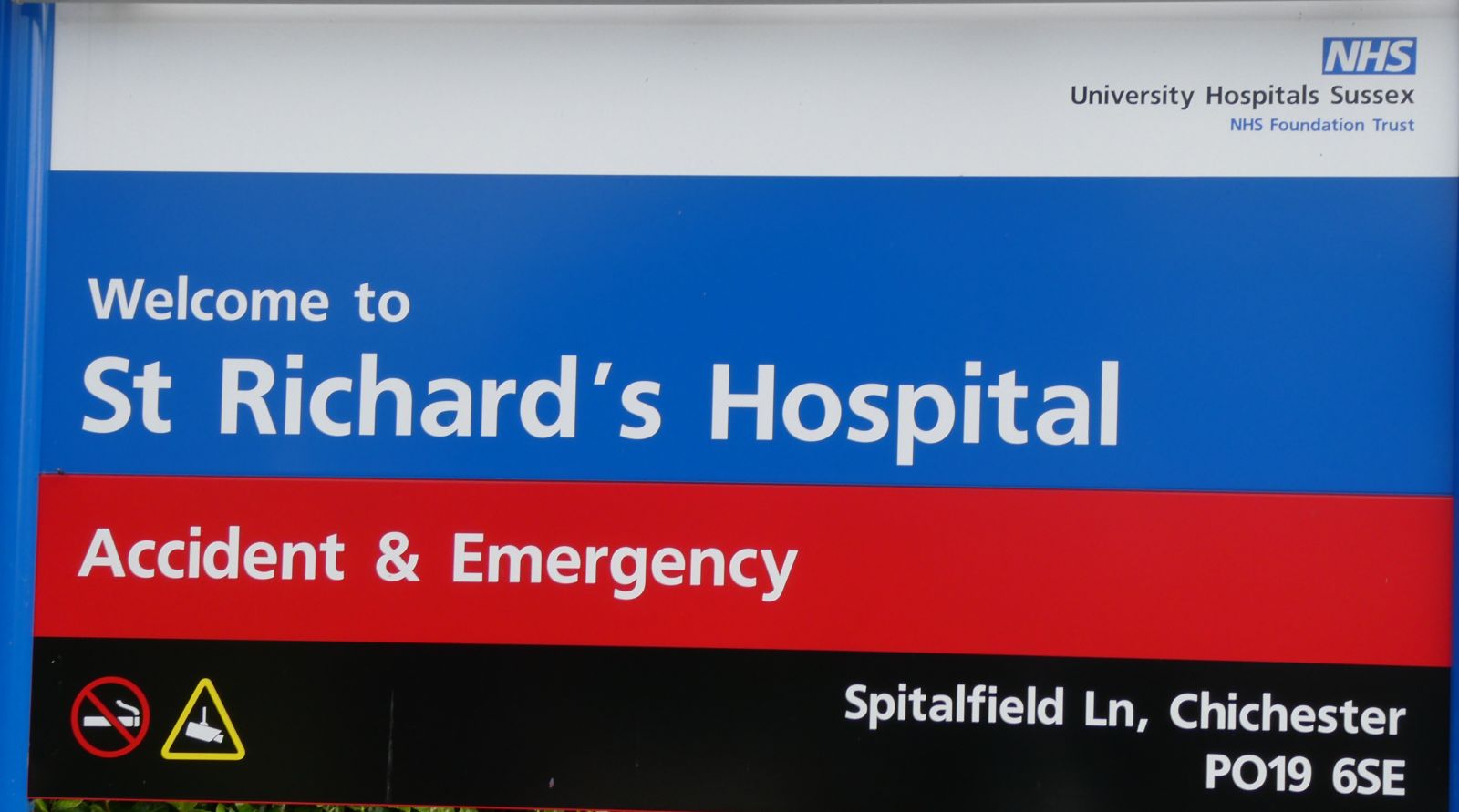 St-Richards-Hospital 15th September 2021, what a quiet night, either that or I slept through everything! Normally I get woken at least once by the sound of an alarm or some new inmates coming in! But absolutely nothing last night! And after talking to the night staff, they said it was extremely quiet.

Even the staff have noticed how long I’ve been here! One of the housekeepers who had been on holiday for a week said: “you’re still here then?” “Hopefully not after today,” I said. This was before my results were in. “At least it’s nice to see a familiar face,” she said, “what would you like for breakfast!”

Phlebotomists came and took my blood first thing this morning so they could see where my infection markers were! After that, I then spent the morning waiting to see if I was going home or not! And I received mixed reactions from staff when I mentioned it!

Firstly I butted in on a conversation between the nurses, discussing the room numbers going home today. “Don’t forget number 12?” I said. “What are you going home today then?” replied the nurse! “Obviously not from that reply!” I remarked as I wandered back to my room.

Then, later on, when the cleaners were outside my room, they said they weren’t down to clean my room. A sure sign I would be on my way! As the rooms are cleaned every day!

The wait continued for another hour while I waited for my blood results or for the doctor to check my wound! I completely forgot about last night’s “special blood test!”

Then the email arrived with my blood results. I told you I was a doctor now! Anyway, it wasn’t good! My infection markers had increased fivefold! I then knew I wouldn’t be going anywhere! This was later confirmed by the real doctor, who, bless her heart, tried to put a positive spin on it. She also said that the “special blood test” can take up to 48hrs for a result!

I can’t say I’m worried, what will be will be! But I think I know where this is all going to end up, although I hope not!

St-Richards-Hospital 14th September 2021, woke up this morning feeling much better, and as a bonus. The nurse looking after me last night was the one that always makes me a cup of tea when she does my obs first thing! So glad I woke up feeling good, especially as I’d started to run a temperature last night!

Because my infection markers went up yesterday, microbiology wants a special blood test today. For a special person!! Which has to be done within half an hour of my antibiotics. They’re not too sure whether my IV antibiotics are working or not! They also said yesterday that it could be a reaction to the antibiotics, as I’ve had rather a lot, nine on my last visit and seven on this. I hope so!

I got a bit of a timeline for my discharge today, which hopefully will be tomorrow! Firstly it depends on the result of today’s blood test. Whether or not I have to continue on IV antibiotics or I can switch to oral. Then tomorrow morning, they’ll check my wound, and finally another blood test! And as long as that comes back okay and my markers haven’t gone up, well, goodbye, hospital!

I had my last dose of antibiotics at 4 pm today, which went okay. I’ve just got to wait for my blood results to come back okay now!

St-Richards-Hospital 13th September 2021, not a particularly good start to the day! I really wasn’t feeling that good! And I only got up because there was a fire alarm going off. However, it was a false alarm! Personally, I think it was the staff setting it off to get me out of bed! Although they denied it and although it was a false alarm, I thought it better to be safe rather than sorry and got up! (I know they didn’t really set it off, but it’s good to wind the nurses up!) As a result, I didn’t get out of bed until 9.30.

I wasn’t too sure what was the matter with me to start with. And then it came to me, sitting in a soft chair for too long! I watched the motor racing for a few hours yesterday, and it’s always the same at home! If I sit on the sofa for any amount of time, it seems to upset my back, making me feel rough. That’s why I’m always sat at the dining table, on a firm chair! Although after saying that, my infection markers seem to have gone in the wrong direction as well!

As I’m now a fully qualified doctor!! I can read blood results myself, and could see what was happening! My CRP has doubled since yesterday, and my white blood cells have also increased! A bad sign of infection!

Personally, I think my markers are going up because I’m finding it all a bit too comfortable in here! And don’t want to go home! After all, I get served three meals a day. And tea, coffee and biscuits are free-flowing! I also have my bed changed every day. Why would anyone want to leave? Oh yes, it’s a hospital!

It was the same old problem with my cannula today! The one that was only placed in me three days ago has given up the ghost, and of course, it’s taken four attempts to get a new one in!

St-Richards-Hospital 12th September 2021, no tea in bed this morning! Saturday nights are run on a skeleton staff!

I hear some people may not have received yesterday’s email update! Apologies for that. It was entirely my fault for sending a draft version out early, then deleting it! If you want to catch up on yesterday’s update, here’s a link.

It felt very autumnal out this morning when I went out for a walk. Autumn is definitely here! In fact, it would have been a lovely day to wake up in a tent, rather than a hospital room! Let’s hope I can get some cycling and camping in before the end of the year!

I’m so glad I went away for those brief couple of weeks in June, just before all this trouble started! Speaking of my June ride, the videos I made while away come out on my YouTube channel each Sunday night at 6.30BST, for the next few weeks.

While on my walk, I came across a squirrel with no tail! All he had was a little stumpy thing! Despite no tail, he looked happy enough munching on a cone. I took a photo, although it doesn’t show that he doesn’t have a tail.

They changed the dressing on my wound today, which is still looking okay to me. Vicky and her family came to visit. I spent the afternoon watching the Italian f1 Grand Prix, and Julie came over just as the Grand Prix finished. That’s about it for today. Hopefully, I’ve only got two more nights in here!