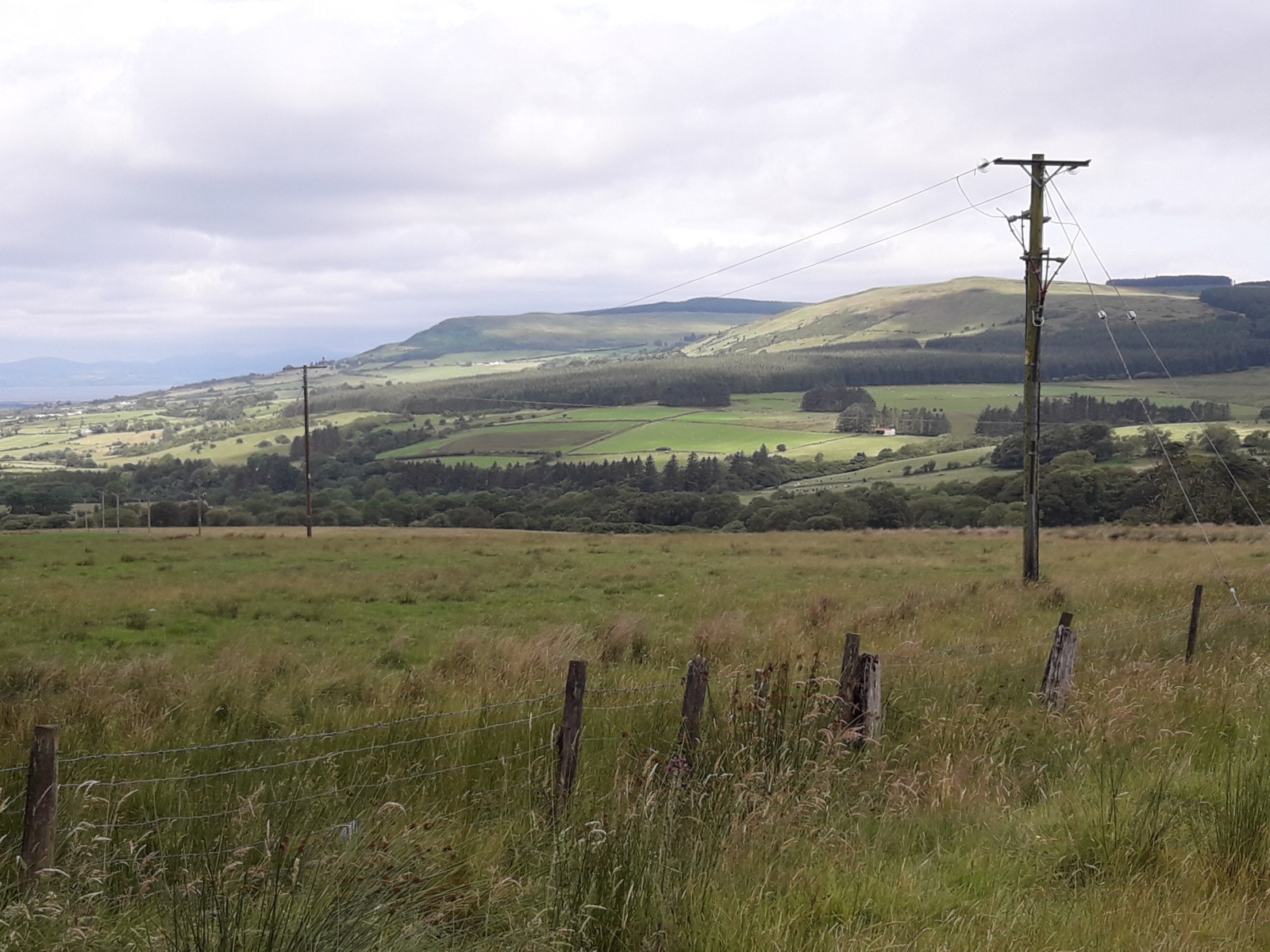 Garry’s fourth outing of the year took him to Ireland; this was Garry’s third attempt to cycle Ireland. With his first two attempts, ending in failure! It’s now July 2019 and Garry’s still waiting to go into hospital for his hip operation.

Because of his hip, Garry still didn’t want to go too far. And after already been to France twice this year! Decided it would be a good idea to head off somewhere different! And maybe it would be third time lucky for Garry. And he would complete a cycle ride around Ireland!

His first attempt in August 2009. saw him reach Galway before lousy weather forced Garry to give up! His second attempt the following year, also failed! This time Garry had cycled up through Wales and caught the ferry to Dublin. But had ended up in the local hospital! After a day in the hospital, having tests. Their advice was to rest and stay off the bike! So rather than sit around in a hotel Garry decided to return home!

Garry was back on steroids and wasn’t feeling particularly good at the start of the tour! So to ease himself into life on the road, and make sure he felt okay. Garry decided to cycle up through England and Wales. Then if he didn’t feel well, he could always jump on a train and get back home relatively quickly.

No fear though Garry felt fine and was soon back in the swing of life on the road! And reached Fishguard in Wales in four days. Once in Fishguard Garry caught the overnight ferry to Ireland, arriving in Rosslare at 4am!

After having very little sleep, Garry had planned on having a short day. But that wasn’t to be! Garry had, found himself following the Norman Way, a heritage trail that followed the medieval sites in county Wexford. Garry was enjoying the route so much, he didn’t stop until late, but had only cycled 50-miles.

The following day Garry found more great routes, firstly the Copper Coast, which is a UNESCO Global Geopark, then a Greenway, that ran from Waterford to Dungarvan.

On reaching Dungarvan, Garry had a bit of a problem when his saddle broke! Luckily for Garry, Dungarvan being at the end of the Greenway, there was plenty of cycle shops. And it wasn’t long before he was back on the road, with a saddle, donated to him.

Now heading up the West coast of Ireland, the weather changed, from hot sunny days to wet and windy days! But nothing as bad as Garry’s previous visit here.

After cycling up the West coast, Garry crossed into Northern Ireland. Where things felt a little different! Garry couldn’t put his finger on why, but it just didn’t feel as relaxed as the Republic of Ireland had! Although everybody Garry met was just as friendly! It was in Northern Ireland that Garry picked up a strong headwind, which would remain with him for the rest of his time in Ireland!

Garry had intended to cycle down to Rosslare. And get a ferry to France, then another boat to England. Where it would then be a short 30-mile cycle home. But with his saddle broken and in need of repair. He’d been carrying it in his bags, ever since it broke in Dungarvan. He decided to catch a ferry from Dublin across to Holyhead. And cycle home via Birmingham, where he could get his saddle repaired.

Back in the UK

Garry arrived in Holyhead, late in the day. And decided to begin his ride home through North Wales the following day.

Garry managed to find another great route, this time he was following route 5 of the National cycle network. Which was mostly on traffic-free trails. Out of Wales Garry entered England at Chester a very picturesque city with plenty of history.

After Chester, it was onto Birmingham and Brooks Saddles to get his saddle fixed. Which once Garry had managed to find the factory, took less than five minutes to fix! After fitting his repaired saddle to his bike, Garry set about finding his way out of Birmingham! Which was as easy to get out, as it was to get in! Birmingham is crisscrossed by a myriad of canals, dating back to the 1700s. With many of them now having cycle paths alongside.

After Birmingham, it was only a two day ride back home. But not before passing through Stratford on Avon, Oxford and the South Downs national park, to name a few. Garry enjoyed the ride back home through Wales and England just as much as he had enjoyed Ireland.

All in all, an enjoyable tour with Garry managing to find some great cycle routes in all three countries! It was also brilliant for Garry, being able to get back on the bike and cover a decent distance, the first time in three years! 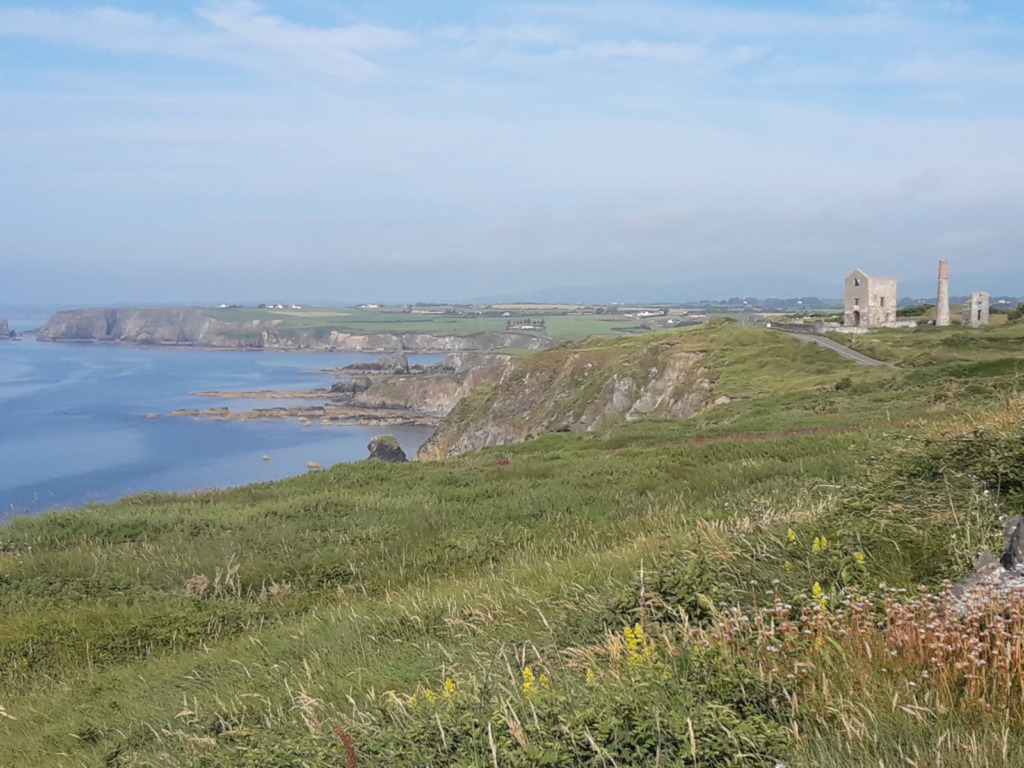