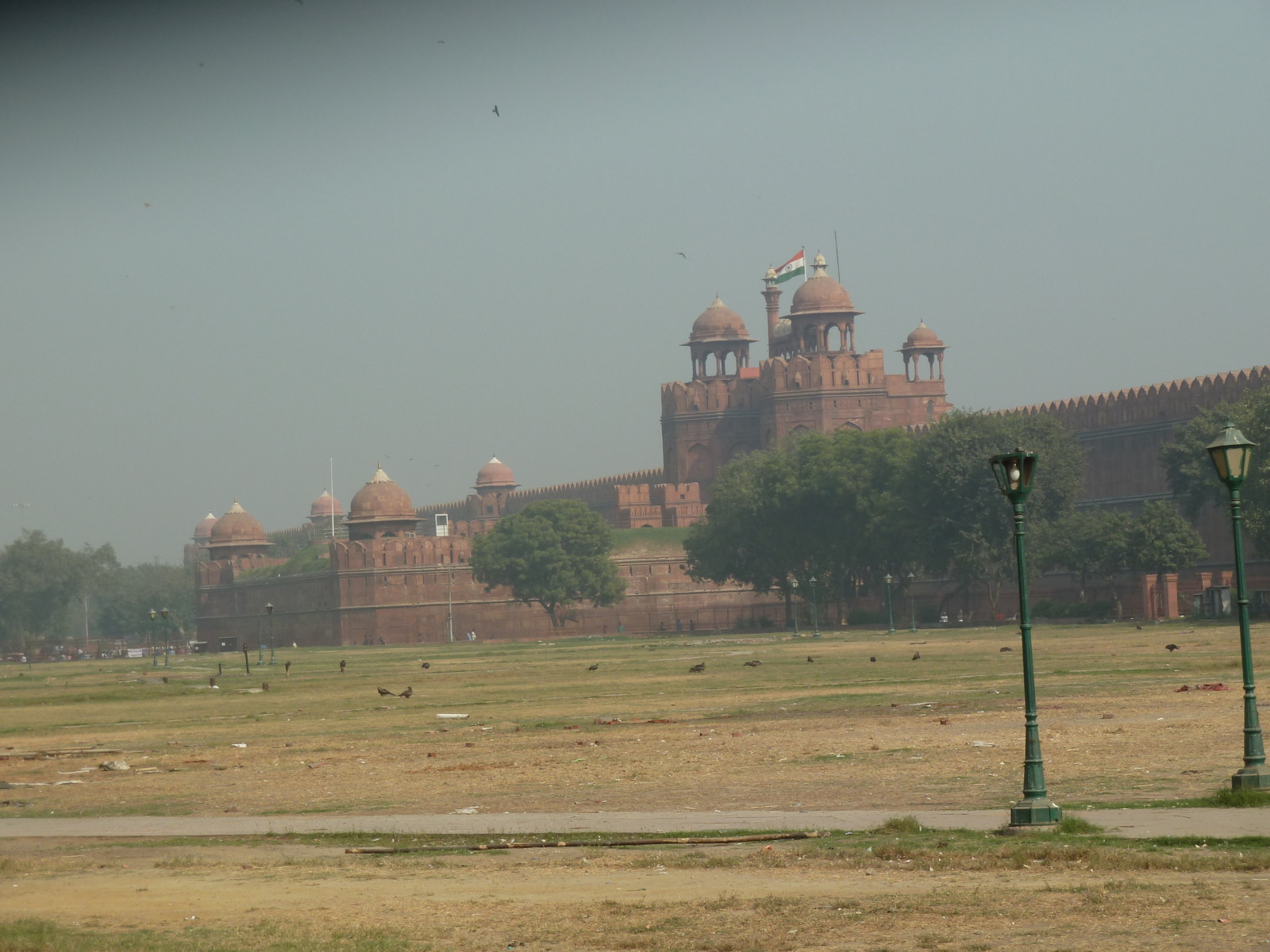 Photo’s from the Indian leg of Garry’s 2000 mile cycle tour of India and Nepal in October/November 2016.

You can also view the photos that Garry posted in his daily updates that he sent out as he cycled around by clicking here, which are different to these.

Garry at the Gateway of India Mumbai

The Dhobi Ghat in Mumbai

The Dhobi Ghat in Mumbai

Really! Not too sure anybody else was of the same opinion!

A dabbawalas bike in Mumbai

Looking towards the Oval Maiden, Mumbai

Always good to have the bike in the room

Mind those cows on the road

Temple along the road

Locals posing for a photo

Garry with the owner from the hotel in Malsne

Ox and cart ploughing the field in Malsne

The onion Market at Umarane, Maharashtra

Lovely samosas a favourite food for Garry in the daytime

The local shop in Dhule that Garry used to use

Now that’s an iron and a half

Happy smiley faces at the market in Dhule

Four poster bed nothing but the best for Garry!

Locals bathing in the river

Cows cooling down in the water

Busy morning on the roads

Kingfisher along the road

Kingfisher along the road

The woods coming out of Gorakhpur, Uttar Pradesh

Spider in the woods coming out of Gorakhpur, Uttar Pradesh

An elephant at work

Fisherman on the Burhi Gandak river

Fisherman on the Burhi Gandak river

Elephant outside the presidents palace in Delhi

Alternatively, you can view the photos on Garry’s Flickr page. 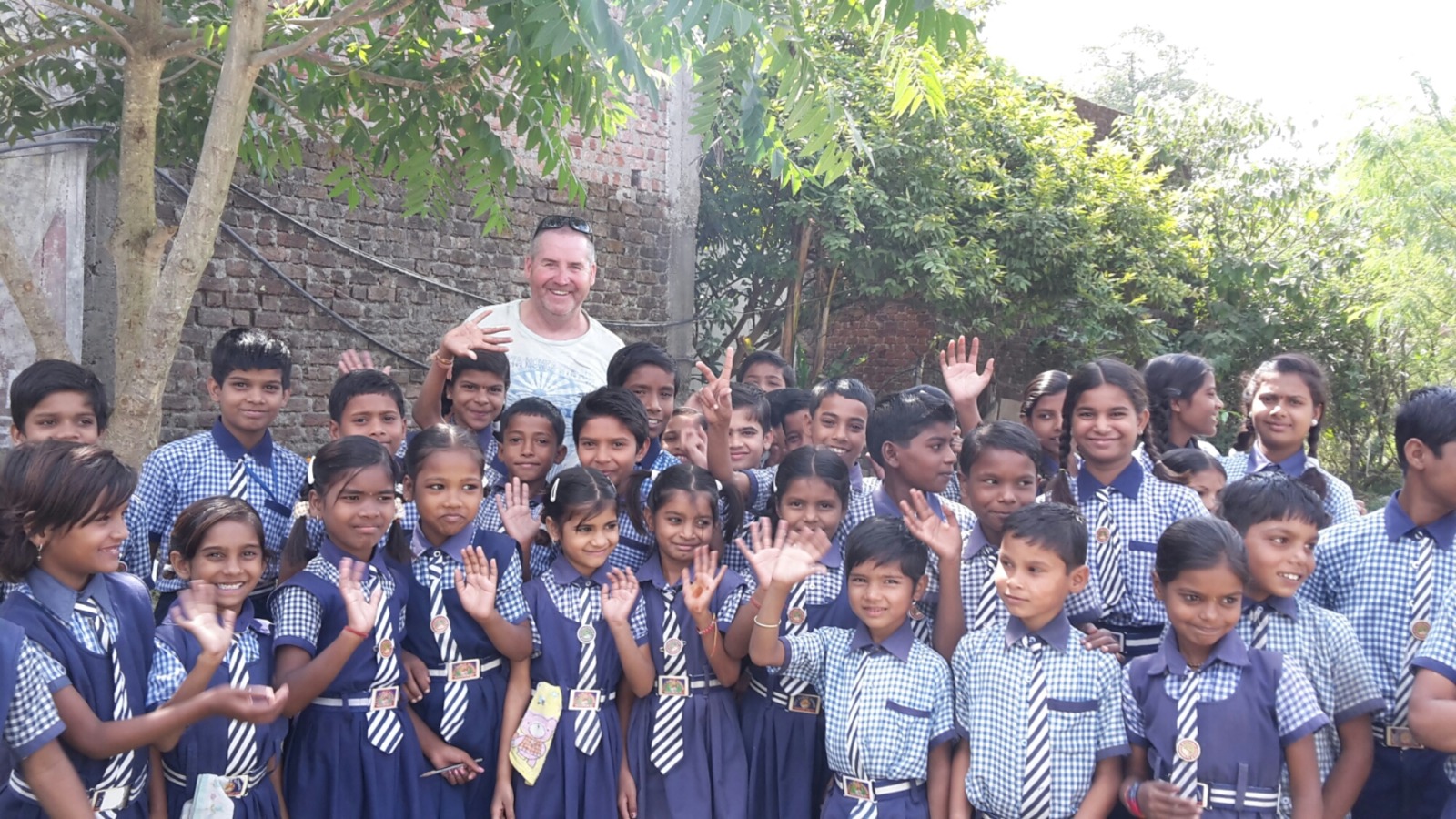 All the photos that Garry posted in his daily updates whilst he was cycling in India.

They may not be the best quality as they were mainly taken on his mobile phone but they are the all the photos that he posted plus one or two extra ones.

The proper photo album will be published as soon as Garry gets round to uploading them, in the meantime please enjoy these.

In search of the dabbawalas in Mumbai.

Cows on the streets of Mumbai.

Crow taking a ride on a train in Mumbai.

The Dhobi Ghat in Mumbai.

The Dhobi Ghat in Mumbai.

Garry at the Gateway of India Mumbai.

A few of the dabbawalas in Mumbai.

Countryside once Garry had left Mumbai.

Stopping for a bite to eat at a cafe.

Staff from the hotel in Malsne.

The onion Market at Umarane, Maharashtra.

A shrine along the roadside.

One of the brightly coloured that was outside every shop in Dhule meaning welcome.

The results of Garry’s blood test, Garry was impressed with the age they put!

View from Garry’s room in Dhule.

Passepartout outside the hotel in Dhule.

Drawings outside the shops in Dhule.

More drawings outside the shops in Dhule.

One of the many trucks on the roads.

Cows on the road.

Ox and cart ploughing the field.

Mind those cows on the road.

Garry’s view from his hospital bed in Dhule.

The nurses that looked after Garry in Dhule.

Garry on the nebuliser.

Garry’s treatment room at the hospital in Dhule.

Getting ready for an engagement party at the hotel in Dhule.

Preparing the food for the engagement party.

Some of the food at the engagement party.

Pushing a cart along the street.

Garry was in Dhule for so long he set up a business!

Deepam, Pradeep, Kalpana and Bagheeva the dog, owners of the hotel in Dhule.

The family from the little shop I used whilst I was stuck in Dhule.

Horses behind the hotel in Dhule.

Trinkets given to me by Kalpana, the wife of the owner of the hotel in Dhule.

Inside with some of the food.

Meeting some friends of the hotel owners, from the hotel in Dhule.

More happy faces in the market at Dhule.

The barbers in Dhule.

Deepam and the staff at the hotel in Dhule that looked after Garry when he wasn’t very well.

There’s some hills in the distance.

Nearly at the top of the hill.

Washing in the river.

Camels along the road.

Crossing the tropic of Cancer.

The suns going down and Garry was still cycling.

Garry cycling into the night.

Monkeys in the road.

The mosque in Bhopal.

Leaving the hotel in Indore.

Meeting school children at a school in Sagar.

Taking the goats for a walk.

The very appetizing breakfast not! At the hotel in Lalipur.

A fort at Amargarh.

Making a right mess trying to eat his dhal!

Guesthouse in Orai where Garry stayed for the night.

People always want you to take their photo.

Colourful trinkets for sale in the market at Kanpur.

Don’t think anybody uses them!

A taxi stand for rickshaws in Lucknow.

Fireworks in Lucknow on Diwali.

Bikes are used for so much more than cycling from one place to another.

Farm somewhere on the road to Faizabad.

Looking out over the fields.

Pretty flowers on the water.

A river somewhere along the road on the way to Gorakhpur.

Waiting at a level crossing.

The woods on the road out of Gorakhpur.

Spiders in the woods coming out of Gorakhpur.

Mosquitoes buzzing around the light

A rickshaw in Gopalganj

There’s an elephant in there somewhere

The rough road leading up to the Nepal border.

Hotel camping in the first hotel after leaving Nepal.

The bad roads on the way to Moradabad.

Queues at the banks following the abolition of 500 and 1000 rupee notes.

People from the Hotel Garry stopped at in Ghodaghodi

On the road to Delhi, it reminded Garry more of America than India.

The view of a smoggy Delhi from Garry’s hotel room

The message on the front of a learner drivers manual, Don’t think anybody reads it though going on the experience Garry had!

Looking up towards Rashtrapati Bhavan the presidents residence Delhi

Marble and chandeliers in the hotel lobby in Delhi

The end of the road, Passepartout all ready to be boxed up.

Garry’s afternoons activity at the hotel in Delhi on his last day. 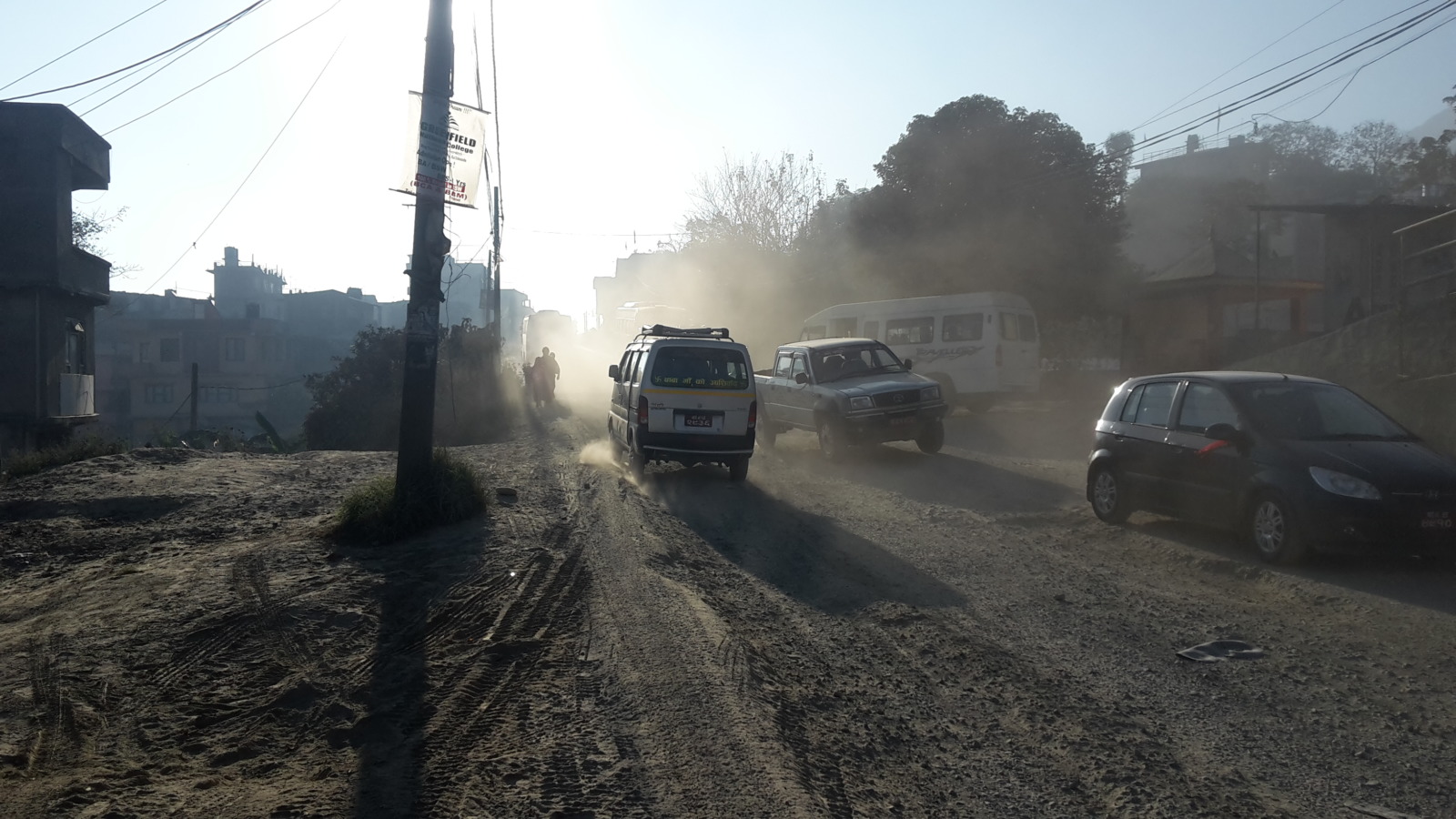 Well that’s it, it’s all over and done with I’m now back at home in England!

The flight was fine and we landed 15 minutes ahead of schedule, however there was no gate free for us so we had to sit on the plane and wait for that 15 minutes so nothing was really gained! Getting through passport control and baggage reclaim was very smooth and I was through and out of the airport very quickly. I walked in my door after being picked up by new son in law at about 6pm.

The passage through Indira Gandhi international airport in Delhi was also very smooth and I was really impressed, in fact I found it a lot better and smoother than Gatwick airport in England.

All the people that I’ve met have all been so nice, friendly and helpful, as is the normal case no matter where I travel!As i’ve always said 99.99% of the people in the world are good, unfortunately it’s that very small percentage that get all the publicity! I’m also a great believer in the attitude that you portray you’ll get back!

The one thing that I certainly won’t miss is Indian’s behind the wheel of a vehicle! For such kind and lovely people it’s hard to believe that it’s the same people and I do think that I’ve had enough of their roads as the last few days cycling into Delhi and also whilst in Delhi I definitely was Mr Grumpy with them and kept muttering under my breath, in fact sometimes it wasn’t under my breath I would just say things so they could hear and see I was a bit annoyed, not that it made any difference but it made me feel better!

I’ve really enjoyed my time in both India and Nepal despite all the ailments I seem to have had on the way, chest infection, sore bum and Delhi Belly! Also the bad roads weren’t much fun some of the time! But in the end everything was ok, It’s just all part of the adventure! 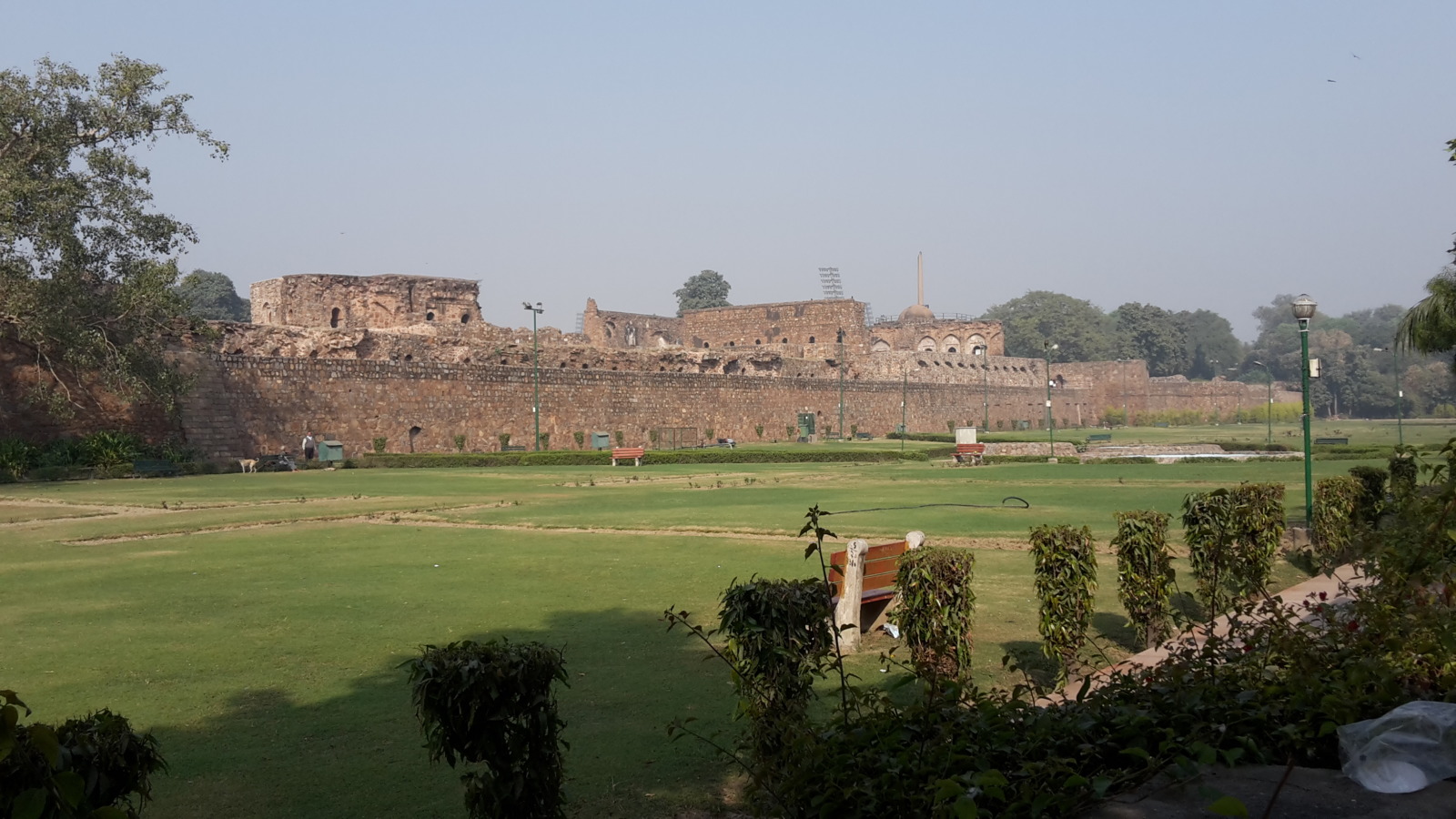 First thing after breakfast this morning I went and gave passepartout a clean prior to dismantling and packing away ready for my flight home tomorrow.

That was all done and dusted by midday and the only thing left to do was check in for my flight and print my boarding pass off! After I’d completed that there wasn’t anything else to really do apart from sit around the hotel and drink beer!